NOBODY TALKS ABOUT ANYMORE

The 1919 Black Sox scandal, long regarded as the biggest ever scandal in baseball was done and gone with in relatively short order. Though one may never know it watching the 2014 World Series and related commentary, The Steroid / PED scandal rages on now more than 25 years since the ‘Bash Brothers’ and the 1989 Earthquake Series; it’s gone on so long now the names have changed from ‘Steroids’to ‘PEDs’  Today we are witnessing a GUARANTEED 10% of baseball players using ADDERALL, albeit legal, a Performance Enhancing Drug – not to mention many indicted players back in the game and, quite likely still using other PEDs of choice. Since Victor Conte’s insightful interviews -in which he  says upwards of 50% of players are now using PEDs – have been removed from youtube and other sources we will take a look back at Lance Williams and Mark Fainaru-wada Commonwealth interview while noting nothing much has changed since then… only the names and the type of PEDs.

It could be the biggest scandal in all of baseball. Bigger than 1919 Black Sox. But, but only if anyone shows interest  and does anything about it.  And now, of course, there’s ADDERALL, the legal PED that MLB admits to allowing use of by 10% of baseball, going back to beyond when Giants’ ANDRES TORRES popularized it in 2010.

One might say the San Francisco Giants appear have gotten away with TWO World Series Wins with just the KNOWN users MELKY,  TORRES, GUILLEN and MOTA and now possibly a third World Series victory in five years if they continue on this apparent course .  And , they can likely attribute much of that to Victor Conte  and/or similar sources of PEDs (performance enhancing drugs). Conte just happens to live in the San Francisco Bay Area, not far from the Giant’s AT&T stadium. He
mentioned after the failed drug test and suspension of Giants’ Melky Cabrera how easy it is to beat the drug tests in baseball and that he was surprised Cabrera got caught, calling him ‘dumb and dumber.’  He explains ( attached video has since been mysteriously removed) how a player can inject up to 4 times the normal amount of testosterone one normally has in his body – and get away with it. He also menions a CRV(?) test that MLB could and should employ that will catch cheaters but , incredulously , Bud Selig and now , new MLB leadership  have shown no indication of interest. Meanwhile, the Giants seem to have stepped up their use of this or similar PEDs of choice as they continue knocking off the Big Boys – winning 15 of 17 playoff games in just five years!

Interesting choice of interviewers of Lance and Mark of ‘Game of Shadows’fame..Lurie is a noted sympathizer of steroid use, defends Bonds and Giants regularly as he broadcasts for them (NOW) but even then he was and is known as a liberal talk show host.

We  remember back around 2002 when Barry Bonds actually told the media his intention to share ‘his secrets‘ with the team . But that was early and if people don’t pay attention or care about steroids they certainlly didn’t then. Well those secrets turned out to be steroids which took the Giants all the way to the World Series, which they lost to California Angels. Now Conte has told the world about the new testosterone and how anyone can improve his hitting, pitching, etc. with a small dose of this testosterone. And, the Giants haven’t missed a beatever since, it would appear. In fact,  they probably would have been in the series last year, if not for a couple of key late-season injuries to key players. It’s most astounding to this writer how the Giants have continued bringing in known and suspected users now for 10 years or more and even more surprising that competing teams have barely questioned the Giants otherworldly stats, eg Sandoval’s six homers in the short 2012 post season  and three off top pitcher Verlander  IN ONE GAME (after nnly hitting 12 homers all year), 37-year-old Scutaro’s near .400 BA since joining the Giants (after hitting only .268 with Colorado and never before hitting over .299 in a long career and other similar , startling performances.

NEW MLB ADDERALL LOOPHOLE  BLASTED BY DOCTOR,  MAY BE ACCELERATING PED USE IN  A NEW DIRECTION

Baseball authorized nearly 8 percent (now 10%) of its players to use drugs for ADHD last season, which allowed them to take otherwise banned stimulants. Five years later, MLB continues to allow players this particular PED, up from 2009.  Add the current known 10% to a generally accepted goodly number of testosterone and other PEDs of choice and there is definitely a problem in baseball – perhaps as high as the 50% figure mentioned by Balco’s Victor Conte.

A total of 106 exemptions for banned drugs were given to major leaguers claiming attention deficit hyperactivity disorder from the end of the 2007 season until the end of the 2008 season, according to a report released Friday by the sport’s independent drug-testing administrator.

Dr. Gary Wadler, chairman of the committee that determines the banned-substances list for the World Anti-Doping Agency, recommended an independent panel be established to review TUE requests.

“I’ve been in private practice for a lot of years. I can count on one hand the number of individuals that have ADD,” he said. “To say that (7.86 percent) of major league baseball players have attention deficit disorder is crying out for an explanation.”

Rob Manfred, baseball’s executive vice president of labor relations, said it would be a mistake to compare ADHD in baseball with statistics for the general population. We ask ‘why would it be a mistake?

The National Institute of Mental Health estimates 3 percent to 5 percent of children have ADHD.  Few adults have the problem, yet 10% of MLB (adult) players are allowed the performance enhancing effects of Adderall.

With ADDERALL, Torres went from a career .242 average to .270 in his big year with the Giants (2010), helping them to win the World Series, while on Adderall.

Giants JAKE PEAVY is well known for his hyper activity, anxiety and outbursts on the mound. ADDERALL IS A LEGAL PED designed to help those with ADD (attention deficit disorder). Andres Torres of the Giants was a poster for boy for it and the drug not only helped him stay calm but aided his batting average by about 50 points in helping the Giants to their 2010 World Series victory.

If there’s a candidate today for Adderall it would be JAKE PEAVY.As we know 10% of MLB players are currently using the (legal) PED and it wouldn’t surprise at all if Peavy is one of them. That would certainly account for, at least in part, his dramatic performance turnaround since joing the Giants in August. He went from a 1-9 record with a 4.76  ERA at Boston to a 5-4 record and 2.17 ERA with the Giants.  We;re certainly not condoning Adderall, even by players who may  need the ADD drug, since it also acts as PED, significantly raising a players ability and numbers.  It’s very possible that after Torres’ success, a drug like Adderall could (have) become the drug of choice and pervasive on the Giants.

COCKROACHES, GM Sabean calls his Giants players cockroaches since you ‘can’t kill them. ‘We have called the Giants cockroaches for another reason. With the widespread use of PEDs in recent years, especially on  the Giants (with 23 indicted players since Bonds and 5 KNOWN previously indicted users on the team since 2010) we say the drugs like spread from player to player like cockroaches, eg it was after Torres started using Adderall that the Giants late season heroics began. Pure coincidence? Doubtful.

SIGN UP NOW TO GET NOTIFICATION WHEN EBOOK IS OUT:

San Francisco Giants  Tickets (almost) Half Price and more! (Pretty good for a team that’s sold out all year!)

(Almost like FREE Giants Tickets – Buy one, Get one FREE (almost)

San Francisco Giants Tickets (almost) Half Price and more! (Pretty good for a team that’s sold out all year!)
Just click on above link or here 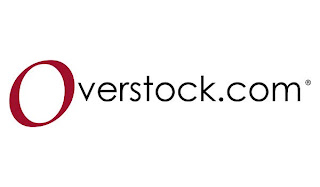 – Hornblower offers premier, quality dining, entertainment, HORNBLOWER BRUNCH and cruise experiences on large public boats  and small charter yachts. Click to take you to Hornblower’s  site (Secret Hint: Rather than going thru thier site to the mailing list for ocupons,  go to Search bar on Shop At Home site and type in ‘ Hornblower coupons’ for a printable $3.00 Off coupon!)  Your wedding, corporate, or social event will be unforgettable. Get Hornblower deals on cruises
More Hornblower Cruises and San Francisco entertainment at http://www.YellowPagesCoupons.net. Also available for other cities.

RESPOND TO, OR PLACE YOUR

Oakland/east Bay, Ca Misc. Services
Why Backpage?
Because it works. Because other people want what you have, and they might have what you want. Just spend time on the site. Take a look around your city, and see what’s going on. See which neighbors are having a yard sale. Find out how much an apartment in the neighborhood you always wanted to live in is. See what people are talking about in our forums. Find a new job. Someone in Toronto is looking for a bass player for his metal band. A guy in Portland is looking to sell his Honda Civic. There’s a lot going on with millions of new posts a month, all happening in a city near you. Get involved, and Backpage will quickly become one of your favorite websites.

How does it work?
We hope you’ll find Backpage as easy to use as sending an email, and probably more fun. Head to the city of your choice, and find the “Post An Ad” button right up top and give it a shot. There’s something in the closet you’ve been meaning to get rid of that you can have online in minutes, and sold within hours, and your ad is absolutely free to post (with a few exceptions). If you’re looking for that extra edge on your competition, put up pictures to go along with the text. If you’ve looking to take your ad to the next level, we have a variety of affordable options to make your ad stand out from the pack, including premium placement and posts in multiple cities. Take a minute to read the terms of use, conveniently linked all over the site to make sure you’re playing by the rules, and everything should be fine.

kitchen remodeling and more at bayareacoupons.info